Vape Pods: Why Are They So Popular? 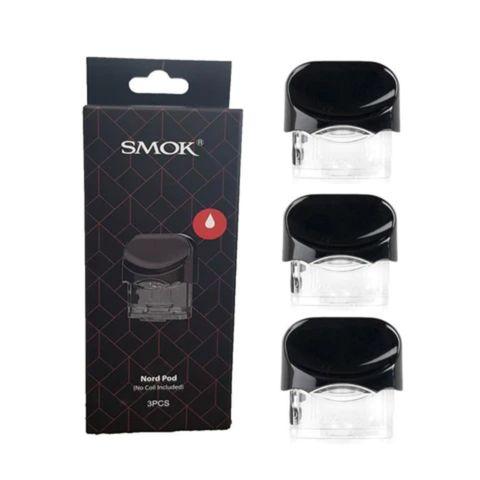 Vaping has a long and fairly storied history. For most people, however, the story of vaping starts around 2017, when pod vapes or pod mods first became available.


Today, you can find disposable vape pods in stores around the world. Pod vapes like STLTH are extremely popular in our stores - and throughout Canada. In this article, we’re going to discuss what makes them so popular. We’ll focus on a number of different factors, including usability, affordability, mass appeal, ease of access, and more.

That’s a lot to cover, so let’s get started!

Marketing makes the world go ‘round

In 2019, one of the biggest pod vape manufacturers in the world spent $104 million on advertising in the first half of the year! Just a few years later, a $439 million dollar verdict was levied against the company for its sales practices, in particular, because it was accused of marketing to children.


We’re going to be blunt about this: The marketing campaigns created by some disposable vape manufacturers play a huge role in the prominence of closed pod vapes in the current markets. It’s a real shame that these shady business practices have led to so much bad press around vapes because there’s plenty of evidence that vapes can be used as a harm-reduction tool.


That’s an article for another time, however. Let’s continue.

The most popular vapes before closed pod systems were probably box mods. To be honest, it’s hard to think of a less user-friendly device than a box mod. But that’s part of what makes box mods so fun—you can customize your juice, your coils, your atomizer, your everything!


While that’s a whole lot of fun—and there are many other advantages to box mods—it’s not easy to use by any stretch of the imagination. Contrast the level of knowledge a first-time user needs to use a box mod with the knowledge they need for a pod mod. With pod mods, you:


And boom—you’re vaping. The most complicated part of a pod mod is charging it. Once you’re done, you don’t even need to refill the thing—you just throw out the pod, then buy new pods. Environmentally friendly? Not at all. Easy to use? Incredibly.

Box mods can fit in one hand, but they don’t fit nicely in most pockets. Pod mods, on the other hand, fit very nicely in the palm of your hand. You can easily fit a pod mod in your pocket, go to a family gathering, duck outside for a couple of minutes, enjoy a smoke, then come back inside. With a box mod—it might not be as easy.


When you value discretion, pod mods win out again. With their small size, it’s much easier to be discreet with a pod mod than with a box mod.

Vape pods are affordable—sort of

A single-pod mod is a lot more affordable than a box mod. A hundred pod mods—well, you’re better off going with a box mod and some juice. Even with the cost of coils and other parts, box mods will end up being less expensive for regular smokers in the long run.


“In the long run” is the trick here. Sticker shock is a very real phenomenon. You can buy a STLTH device and plenty of pods for $30. Buying new pods for your STLTH device is cheap, too. Users are probably spending more money over a lifetime—but individual purchases feel like they cost less.

Looking for vape pods? Check out our store!

There are lots of great reasons to buy vape pods—they’re convenient, easy to use, and they’re more affordable as a one-time purchase than box mods. If you’re interested in stopping by to see what we have in stock, you can view our Winnipeg Vape Shop Locations at the link we just provided. We also offer box mods and a whole host of other vaping supplies!